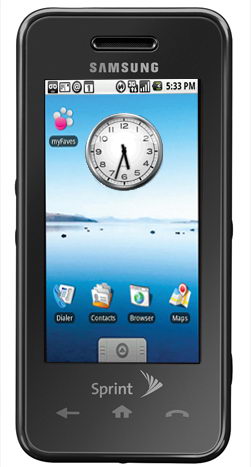 We’ve been expecting Samsung to launch their own Android-powered smartphone on Sprint and T-Mobile’s network ever since we got wind of Samsung’s Android aspirations late last year. The global cellphone maker was reported to be working on porting the Android OS to a variant of the Samsung Omnia and Samsung Instinct, in preparation for launch in the US sometime this year.

Today, we have word that Samsung has confirmed that they are indeed working on an Android-powered smartphone destined for Sprint and T-Mobile. “We are accelerating the development process for Google phone in order to meet the specific need of local carriers,” a Samsung official said in a statement.

The report comes from NewsOXY, and cites unnamed Samsung officials as their source. Suffice it to say that this “confirmation” won’t be making it past our rumor-filter anytime soon. Still, it makes sense that Samsung is working to push out an Android phone, and it makes even more sense that the Android phone would be based on Samsung’s tried-and-true Instinct and Omnia platforms.

The word on the street is that the successor to the Helio Ocean, the aptly-named Helio Ocean 2, will be...