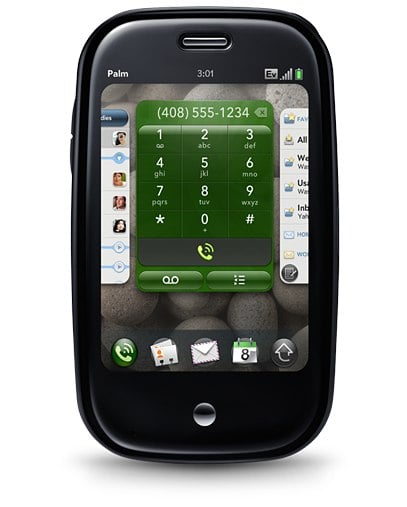 The just-announced Palm Pre smartphone has been rumored to be launching well within the 1H 2009 launch window that Palm set for itself. In fact, word on the street is that the Palm Pre will be launching next month – possibly as soon as February 15.

The tip comes from a TreoCentral reader that claims to have been tipped off by the same source that leaked the Palm Treo 800w’s launch date, but there’s little other evidence to give this particular rumor any credence. The tipster also claims that an active data plan will be a prerequisite to owning the Palm Pre (makes sense to us!).

The Palm Pre has been churning up the hype-machine recently with talk about its slick finger-friendly Web OS and high-line feature set bringing Palm back from the brink of financial ruin. The Palm Pre’s 3.1-inch capacitance touchscreen, 8GB of on-board storage, 3-megapixel camera, aGPS, and WiFi radio make the all-new handset one a serious contender in a crowded smartphone market. And, with the Web OS providing an intuitive, multi-tasking UI that can automatically pull in data from multiple online sources, the Palm Pre is likely to quickly rise through the smartphone-ranks.

It’s just too bad we can’t put too much faith in this latest rumor. As much as we’d like for this dubious speculation to pan out, there are just a couple facts that we can’t get over. We’ve yet to hear a peep out of Palm in regards to the Palm Pre’s complete spec-sheet (processor speed, battery life, etc.), and the FCC has yet to sign off on the Palm Pre’s US aspirations. We would have expected Palm to put out a serious Palm Pre marketing-blitz prior to its launch, and we just don’t see that happening in a month’s time.

In all fairness, however, Palm does have about a month to get their Palm Pre sorted out on Sprint’s network (the Palm Pre’s exclusive US carrier). But, that’s assuming that the FCC approves the Palm Pre soon enough to give Palm enough time to launch the handset.

Remember those grains of salt? Go ahead and take them now.