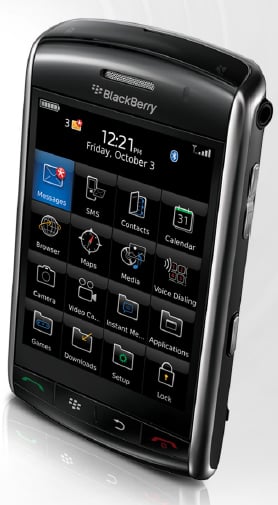 In a recent interview, one of Research in Motion’s head execs addressed the rough launch of the BlackBerry Storm.

RIM co-Chief Executive Jim Balsillie said the companies made the crucial Black Friday deadline “by the skin of their teeth,” after missing a planned October debut. Mr. Balsillie said such scrambles — and the subsequent software glitches that need to be fixed — are part of the “new reality” of making complex cellphones in large volumes.

It might be easy to construe that statement as saying we’re in a dystopian future where every phone will launch with crappy software, but I think it’s more about hurrying to meet launch windows imposed by the market as a whole. Apple’s avoiding that pressure by not showing up to Macworld anymore because they want to work on their products until they’re done right. RIM, on the other hand, is more inclined to give the people what they want, which is a new phone in time for Black Friday. Software patches are certainly a part of the “new reality”, but that’s no fallback for launching an unusable device, especially when those updates are few and far between.

In any case, both Verizon and RIM seemed perfectly happy with the launch: Verizon reported single-digit percentage returns, and RIM is pumping out 250,000 units a week to meet demand after selling a half-million devices in the first month. What about you? Who’s happy with their Storm?