We’re not sure if it’s a good thing for the BlackBerry Storm that its parts (including assembly costs) ring up to a grand total of $203, trumping the iPhone 3G’s parts and manufacturing costs. iSuppli, famous for tearing down new handsets and assigning a dollar value to every single handset component, has found that the BlackBerry Storm burns through $203 worth of parts and labor before ever hitting a retail shelf.

The priciest component of the BlackBerry Storm is the $35 Qualcomm chipset that allows the Storm to hop from CDMA to GSM networks at will. RIM also included a more expensive camera module, adding 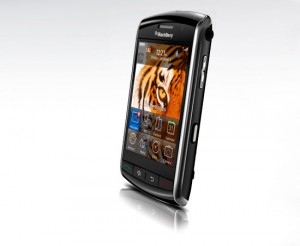 $13 to the Storm’s BOM (bill of materials), that bests the iPhone’s 2 megapixel shooter with a 3.2 megapixel auto-focus camera. The Storm sports some high-end hardware, but do the higher-priced components translate into a more satisfying user experience (buggy firmware aside)?

In comparison, the iPhone 3G costs $175 in parts and labor – a solid $53 less than it cost Apple to make the original iPhone. Considering that the BlackBerry Storm is RIM’s first-ever touchscreen smartphone, we can understand the handset’s high manufacturing costs. RIM’s second-generation touchscreen BlackBerry handset should hit market with a decidedly lower manufacturing price-tag.

Apple is being sued yet again by an irate iPhone 3G owner in Northern California. Disgruntled iPhone 3G user Jason...