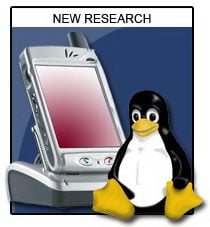 The LiMo foundation welcomed lots of new members today, and according to recent research, it’s due in a large part to economic conditions favouring a license-free operating system.

“There are multiple factors driving the growth of the market for Linux in mobile handsets. In the current economy, the need to manage costs has pushed OEMs and operators toward the potential licensing and royalty savings available with Linux,” commented IMS Research analyst Chris Schreck. “At the same time, consolidation in the Linux market and work by standards groups like the LiMo Foundation, Open Mobile Terminal Platform, the Open Handset Alliance, and the Open Mobile Alliance have gone a long way to remove the fragmentation that had hindered market growth. The end result is a mobile market driven to Linux to save on development costs and a Linux developer community more capable of meeting that demand than ever before.”

Android, something riding considerable popularity right now, is a prime example of a successful Linux-based OS, and Palm’s WebOS has also shown that Linux still has more than a few tricks tucked away.

Although Android is gaining momentum with a day, that doesn't stop LiMo Foundation from advancing as well. Yesterday, they've released...