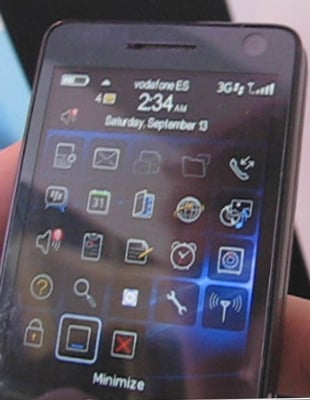 Although RIM didn’t have as many boomworthy announcements at Mobile World Congress as, say HTC, Acer, or Nokia, they have curiously started showing the BlackBerry Application Suite spied a few months ago, also running on an HTC Touch Pro. For the uninitiated, the BAS offers all the home-cookin’ of the BlackBerry experience on a Windows Mobile 6 device and up. RIM still isn’t ready for a commercial launch, but it will be targeted squarely at the enterprise segment, primarily for those IT managers who have to deal with persnickety tech-savvy employees who live and die by Windows Mobile. Even eager prosumers would be able to get this set up through a hosted BlackBerry Enterprise Server, but the real value is in the administrator’s ability to control device functions with the company’s existing infrastructure.

What this means for BlackBerry Connect remains something of a mystery, but it’s a safe bet that the BAS will be able to handle everything Connect did, and more. Namely, third party BlackBerry applications using OS 4.2.1 and up will be able to run through BAS, although it’s hard to imagine which apps you would find on BlackBerry and not on Windows Mobile. Exchange, Domino, Novell and BlackBerry Internet Service are all compatible, and all the usual BlackBerry e-mail goodies like attachment viewing, remote address lookup, AES and triple DES encryption will be there. RIM is still tight-lipped about a release, but considering they’re willing to air it out in the open and have been working on it for almost two years, it wouldn’t be brash to hope for this at the Wireless Enterprise Symposium in May.

The model name for i-mate's upcoming super-slim Windows Mobile smartphone conjures up images of an American Express credit card. And...