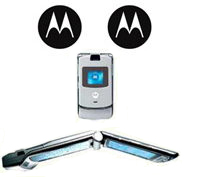 Motorola had acquired Good Technologies back in ’06 for $500 million, pumping out a few enterprise push e-mail solutions for mobile, but clearly that acquisition hasn’t paid off, as rival Visto has picked up Good for an undisclosed amount. From the BlackBerry standpoint, I tended to scoff at just about any other attempting the push e-mail game, but these guys are really nothing to sneeze at. In fact, Visto and RIM had traded legal blows a bit last year, and before that, Good had worked with NTP, a patent firm which cost RIM a pretty penny in infringement claims. Motorola didn’t do a great job managing their acquisition, but maybe with Visto behind the wheel, RIM will have a runner-up they’ll actually have to worry about. The deal should be wrapped up by the end of February.