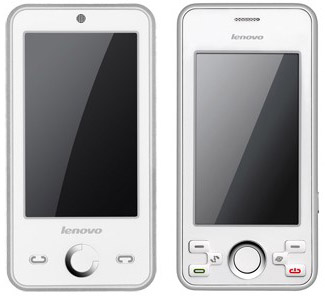 Lenovo is out with two new phones, i60 and i60s, both sporting large touchscreens, dual-band (900/1800 MHz) GSM radio, media player, FM radio, and a microSD expansion slot that can work with memory cards of up to 16GB.

At 3-inch diagonal, the first of the two comes with a larger display, but also with a larger capacity battery (1250 mAh). On the other hand, the i60s (pictured on the right) adds few more buttons that take bit more space, hence the screen is little smaller, measuring “only” 2.8-inches. Its battery is also lower capacity – 1000 mAh.

No other details are known, but it seems neither one of the two devices will come with a smartphone OS, which is kinda sad. On the good side though, those large screens are WQVGA (240×400 pixels), leaving tons of space for, let’s say, decent web browsing experience.

Finally, it’s fair to add that most of us probably won’t be able to try out neither the Lenovo i60 nor i60s. At the moment, they seem slated for China, and we’ve no clue whether they’ll ever reach the western hemisphere.

LG Versa gets all official on Verizon; Could be yours for $200 on March 1st!

After we saw the LG Versa handset with its de/attachable QWERTY keyboard being unboxed in the wild, Verizon Wireless decided...