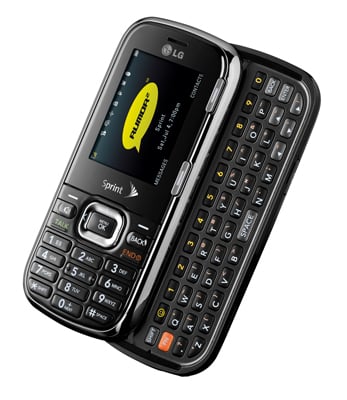 Following inventory leaks and early pictures, Sprint has gone official on the Rumor 2, available in stores as of April 19th for $49.99 on contract after rebate. It should be online in the next couple of days, and word has it Alltel also has a version available here. The original Rumor did very well for itself, and although the sequel doesn’t pack many features over the original (extra row of keys and battery cover is about it), the Rumor 2 should keep the family name alive and well. A QVGA 240 x 320 screen, 1.3 megapixel camera, Stereo Bluetooth support are all found on the Rumor 2, and should make it a more than ample texting device, especially for your average teenager. For the fashion-conscious, you can nab it with titanium or electric blue siding. It would be a safe guess that the original Rumor will be given away for free with contract once the Rumor 2 is released – out with the old, in with the new, as they say.

New details on the Palm Pre

If you followed our live-blog coverage of Sprint's Palm Pre webcast, you're probably wondering just how much of the webcast...