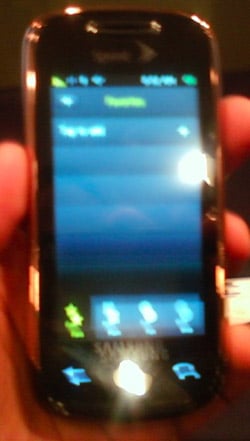 EngadgetMobile got their hands on pictures of the Samsung Instinct S30 hanging out in the wild, and despite the blurry-cam effects, the S30 is quite the looker. The latest spy pics show the Instinct S30 sporting what looks like a Pink casing, but it turns out that the handset is actually a Copper variant of the S30. We’re not sure how “Copper” will play out, but we’re certainly digging the Black variant.

The Instinct S30 is decidedly more refined and polished than its predecessor, sporting cleaner lines and a more well-proportioned body. Details are slim at the moment, but Sprint should make with their product announcement soon enough.

Sprint has already locked up the Palm Pre as a Sprint-exclusive handset in the US. The world waits for the...