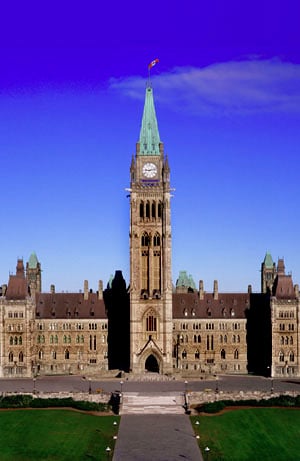 A bill has been presented to the Canadian House of Commons that apes the wiretapping rights found in the American Patriot Act. Bill C-285, according to analysts, could sour businesses like Research in Motion, who depend on having a locked-down wireless infrastructure. The purpose for The Modernization of Investigative Techniques Act reads:

The wording is obviously very sensitive to the Canadian telecommunications industry, but let’s not sugarcoat it – Bill C-285 would have a serious impact on the trust customers have in Canadian businesses. BlackBerry is the biggest target, since all of its users worldwide have their communications funnelled through RIM’s Waterloo, Ontario servers, but plenty of other Canadian wireless corporations, like carriers, are equally at risk. It is a double-edged sword though – law enforcement bodies would be able to do their job much more easily without all the red tape, and it is well-established that BlackBerrys are one of the favourite toys of criminals (I mean, aside from guns). Is that worth sacrificing consumer confidence and privacy? It’s a tough call.

The bill still has a ways to go before it sees the light of day, however: Liberal MP Marlene Jennings brought the bill back after being shot down in 2006 before election time, and it has only just been tabled again. Whether or not it makes it through the House of Commons and onto the Senate will be seen soon enough. I’ll try to keep tabs on the bill personally, living in the national capital and all.

We only see biometric fingerprint scanners in mobile here and there, but this new one from Sonavation called the SonicSlide...