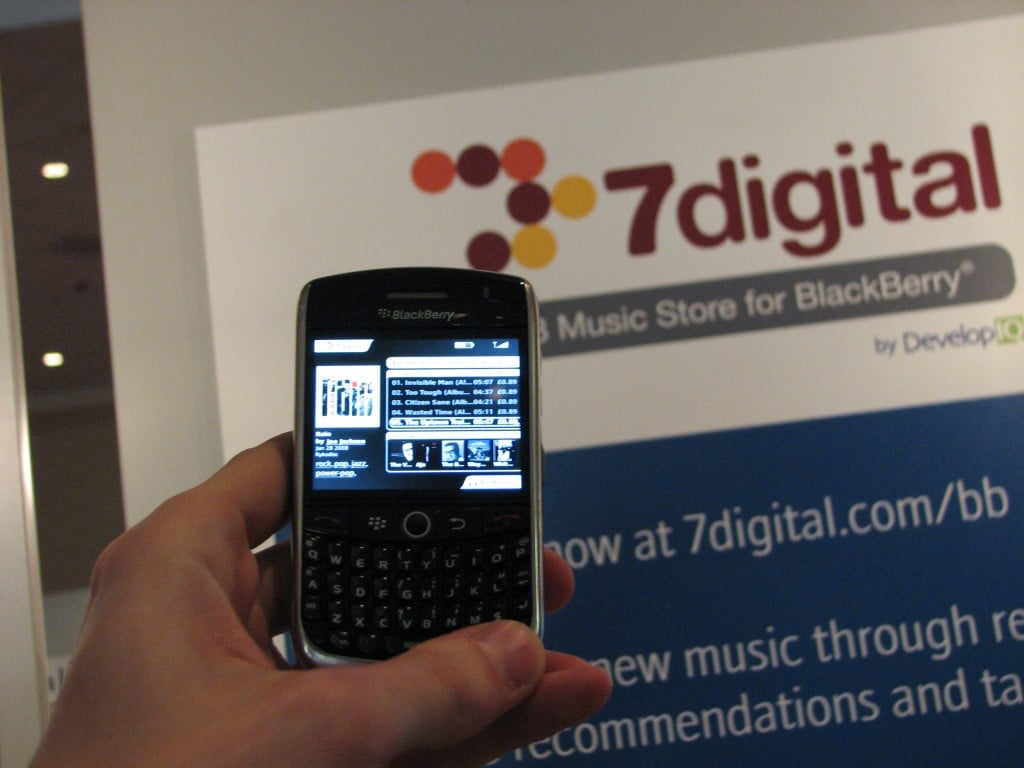 DevelopIQ is getting in on the mobile music scene in a serious way at WES 2009 with 7digital. With a number of music licenses comparable to Apple, 7digital will offer DRM-free music downloaded over the air to BlackBerrys this summer. That alone is pretty sweet, but 7digital’s massive license library has attracted the attention of other players in the BlackBerry music sphere, and they’re working towards populating those other apps with their music library.

7digital’s app, though, is the slickest I’ve seen to date. It has two panes on the left and right that are summoned either by temporarily reprogrammed convenience keys, or by quick scrollball swipes. Gestures FTW. Beyond that, you can plug right into your BlackBerry Remote Stereo Gateway from the app and have all the same native music controls. Automatic syncing over Wi-Fi means no plugs, and you’ve got options when it comes to quality: over the cell network, they’ll send you a low-fidelity version which will automatically be replaced with the super-awesome one once you’re within Wi-Fi. I’m really looking forward to this app, especially if they can get it rolling in Canada as quickly after their U.S. and U.K as they say.

@Vlingo at #WES09 on 12seconds.tv Vlingo is my favourite hands-free app for BlackBerry, bar none, and they've launched version 3.0...