Bet you thought the 2.0-megapixel camera in your iPhone was little more than a barely decent shooter destined to take blurry shots forever. Don’t worry, you’re not alone. But, that doesn’t mean the iPhone camera can’t be improved. A bit of tooling around with the iPhone OS 3.0 has shown that the current iPhone hardware is actually capable of taking much improved photos. 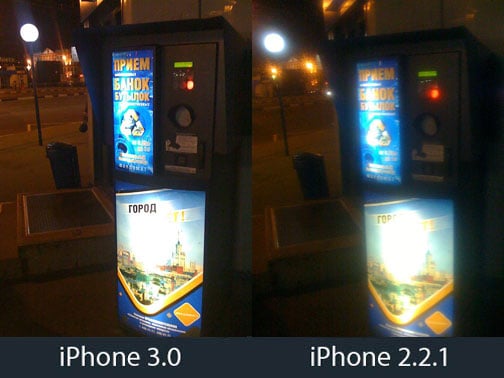 The iPhone and iPhone 3G’s 2MP camera isn’t exactly going to get any recognition for taking high quality photos (aside from a few exceptions), but new evidence suggests that Apple’s second-generation iPhone OS (currently iPhone OS 2.2.1) is actually to blame for taking not-so-stellar pics. iPhones.ru decided to pit an iPhone 3G running iPhone OS 3.0 against an iPhone 3G running iPhone OS 2.2.1 to see if the new firmware could improve on the iPhone 3G’s picture-taking abilities. Turns out, after 30 repeated tests, the current 2MP camera in the iPhone is capable of taking some fairly impressive photos! 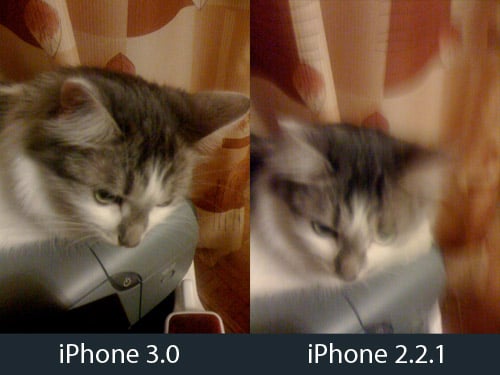 The revelation that the iPhone camera be improved through code alone is a bit of a surprise, especially since the next-generation iPhone’s camera is expected to get a nice little spec-bump to 3.2-megapixels.