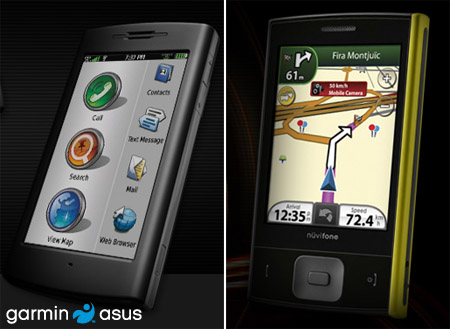 I guess we shouldn’t be surprised after plenty of earlier delays, but during a conference call, Garmin admitted that their two smartphones won’t make it until the second half of this year; the last rumour we had heard of a release date pointed to June, which sits dab-smack at the midpoint, but it’s easy to imagine that window widening into Q4 or even 2010.

This is yet another blow to the Garmin and ASUS’ nüvifone momentum, but focused location awareness is a niche few other manufacturers have chosen to tackle (the HTC Touch Cruise is the only handset that immediately jumps to mind), so perhaps they can actually afford to wait and make they get they get the job done right. Even if the launch of the Windows Mobile M20 and Linux G60 is only mediocre, there remains promise in an Android handset down the line, and after playing around with the handsets up to this point, I think an Android version will really hit the spot.