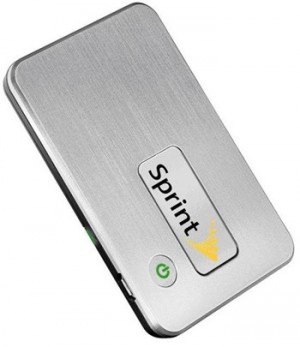 Verizon Wireless isn’t the only game in town with a credit card-sized portable 3G hotspot. Following on Big Red’s exciting MiFi 2200 announcement, Big Yellow has announced that the portable EVDO router is coming to the “Now Network” in the first week of June.

Sprint’s Novatel MiFi 2200, like the kit headed to Verizon, sports full 3G data support on the carrier’s EVDO Rev. A network and can connect up to 5 people simultaneously via WiFi for a good 4 hours of online work or play (thanks to the built-in battery pack). Unlike Verizon’s offering, Sprint’s MiFi 2200 will hit Sprint with GPS support. The Sprint MiFi 2200, which should launch as the Sprint Mobile HotSpot, will offer customers the flexibility of always-connected WiFi service and the convenience of GPS positioning. We’re also happy to see that Sprint decided to keep Novatel’s brushed-metal casing – it looks so much sleeker than Verizon’s black plastic-clad MiFi 2200. 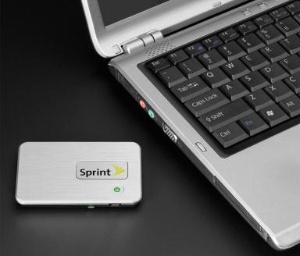 Sprint will launch the Sprint Mobile HotSpot (MiFi 2200) in the first week of June for $99.99 when purchased with 2-year contract and after a $50 mail-in rebate – the same price as Verizon Wireless’s MiFi 2200. Sprint is offering two data plan options for the MiFi 2200 – the $59.99 Mobile Broadband stand-alone plan will get you unlimited (by which we mean 5GB) of 3G data and $149.99 will get you a Sprint Simply Everything plan bundled with the Mobile Broadband plan.

We can’t wait to get our hands on this ultra-portable 3G wireless router from Sprint. It’s every mobile geek’s fantasy to walk down the street, bathed in a personal cloud of high-speed wireless goodness.

It's an all too-common story. Boy buys shiny new mobile phone. Boy loves new phone so much he uses it...