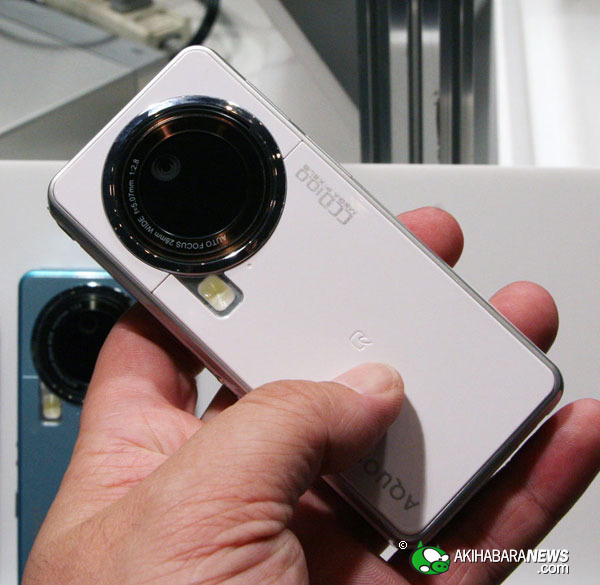 Japanese carrier Softbank is showing off a lot of new phones at their summer show, but the most eye-catching so far is the Sharp Aquos Shot 933SH featuring a beeft 10 megapixel camera with LED flash and smile detection. It’s not quite 12 megapixels, but damn is it close. Besides, most folks would be willing to drop 2 megapixels in favour of being able to crank their ISO up to 12800. Prying ourselves away from the camera bit, the 933SH also has a 3.3″ touch LCD screen, 16 GB of internal memory, and if that fills up too quickly with the GARGANTUAN pictures you’ll be taking, microSDHC support is also available. It’s times like this that the language barrier doesn’t seem that big of a hurdle for moving to Japan. Really, honest. Just gimmie the phone.

Four Japanese mobile operators will spend 1 trillion yen ($10 billion) during the next five years to build a next-gen...