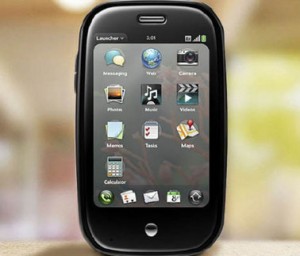 It looks like the Palm Pre isn’t going to be a Sprint exclusive for very long. The Palm Pre is slated to hit Sprint’s network on June 6 in what could be Palm’s final push to remain a viable smartphone manufacturer in a market they essentially helped create. Palm needs to push the Palm Pre to as many pockets as possible – and they can only do that by partnering up with multiple carriers in multiple countries. To that end, Verizon Wireless has announced that they too will carry the Palm Pre sometime in 2009.

Sprint’s stranglehold on the Palm Pre will reportedly be short-lived, as Verizon Wireless Chief Executive Lowell McAdam confirmed that Big Red will indeed be picking up the Palm Pre sometime in “the next six months or so.” McAdam also mentions that the BlackBerry Storm 2 and its revamped touchscreen will hit Verizon’s network later this year.

“Over the next six months or so you will see devices like Palm Pre and a second generation Storm,” on the Verizon Wireless network, McAdam said. “You can expect to see us launch a steady stream of new devices from multiple vendors.”

Palm is wise to enlist Verizon Wireless as a partner carrier for the Palm Pre. Verizon Wireless is now the single-largest wireless carrier in the US, and offers a much larger potential customer-base than third-place Sprint. Like Big Yellow, Verizon uses a CDMA-based network that is compatible with the same hardware used in the Sprint Palm Pre, so it wouldn’t be too hard to bring the Pre to VZW.

AT&T’s Stephenson recently made it known that AT&T would welcome the Palm Pre with open arms. Given Palm’s dire financial position, it would behoove them to give AT&T a shot at selling the GSM Palm Pre.

The Palm Pre will launch as the world's first WebOS smartphone on Sprint's CDMA network in the US. Unfortunately, the...