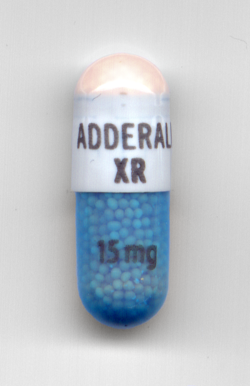 140 character summary for the readers out there who have the attention span of an epileptic teenager at a Daft Punk concert: I used to blog at IntoMobile, but then I took a job at Nokia in March 2008. I’m back now. The world looks different.

For the rest of you, read on:

Obsession is a dangerous thing. If aimed at something productive, and even that term is dubious, then the rewards can be exhilarating, yet at the same time defeat can absolutely crush you. Back in November of 2006 I started a blog called Ring Nokia. During that period of internet history, and you’re going to have to trust me on this, there were no sites out there dedicated to the number one handset manufacturer. To say it took off would be an understatement. Traffic was plentiful, I was being flown to events half way around the world, and all of a sudden my inbox was full of bullshit from people working in various public relations companies begging for coverage. What was the goal of Ring Nokia? What was driving this obsession?

People blog for different reasons. Technology bloggers however are mainly driven by either the potential income from putting adsense ads on every spare millimeter of real estate on their website, or the off chance that they may be asked to review hardware. There are very few out there who do it out of love. Feel free to call bullshit on this next statement, but I blogged because I wanted the people at Nokia to pay attention to me, to make a difference in products that were in the pipeline and to help the company market themselves better. I applied for jobs at Nokia in Finland, when I was based in Texas, and of course no one took me seriously.

Young angst filled punk from the USA who thinks he can do a better job than we can? Fuck him.

Some blog I never heard of, IntoMobile, sent me an email in June of 2007 and said they’re building a team of bloggers for an all new website that was purely focused on the mobile telecoms space. They wanted to buy Ring Nokia, import all of my content into their databases, and hire me as a paid editor. I would be giving up my “brand” and a site I’ve worked on for over a year. It took me a week to muster the courage to sign the contract, but I made the decision mentally after the first offer. A little over a month later I packed up all my things and flew to Helsinki.

There I was, July 2007, enjoying summer in a new city, thanks to a job that would let me work from anywhere in the world. Most people would have been happy enough with that, but I didn’t come to Finland for the tall beautiful women, free healthcare and a chance to visit Santa Claus. It took 8 months, a lot of interviews and persistence, but in March of 2008 I began my new post as a part of the S60 marketing team. Before I officially started however, I was given one of the most demoralizing speeches I’ve ever received in my life from someone in Corporate Security. The 60 minute lecture could best be summarized as: you’re going to get access to a lot of confidential information, you were and still might be a journalist, if you fuck this up I’ll have your ass in such a mountain of shit that you will wish you never even looked up this country on a map. I shook his hand, left the office, and hoped that I would never see him again.

Some time around June 2008, my 3 month contract was about to expire. I managed to get a position inside Nokia Headquarters within Corporate Strategy where I would be responsible for trying to figure out how large the mobile services industry was, which business models are succeeding and where all of this is going to be within 5 years. Not the easiest goal in the world, but it was important none the less. I traded rewording press releases and adding a witty metaphor here and there, to a life with my head buried in Microsoft Excel and I absolutely loved it. The amount of resources I had access to made me ecstatic. Reading what professional financial analysts, who charge thousands of dollars for their reports, had to say about the latest iPhone, Ovi, our competitors, operators, etc., made me realize that what I read on the internet and in newspapers was really amateurish. From where I was in my cubicle, I had access to the best minds looking at this industry and I contacted them whenever I wanted to because Nokia was a paying customer.

Sitting one cube over was a guy who may not have realized it then, and may not even realize it now, but he helped me influence Nokia.

Large corporations run on email and PowerPoint. It’s a sad fact of life, but it is what it is. Sitting one cube away from me was a man who published a newsletter that was read by around 20% of the company. Every Wednesday he handed over the keys and it would be my turn to write that newsletter. The format was simple, 5 or 6 items of news that occurred in the past few days, how it impacted Nokia, and then a two paragraph rant at the bottom. I traded the millions of hits a month at IntoMobile, and recognition by people in the circle jerk of today’s technology press core, to get in the inbox of roughly 10,000 people who actually make the products that you and I would be buying in the future. Wednesday was now officially my favorite day of the week, Friday was a close second since the cafeteria served steak.

Around November 2008, my 6 month contract was coming to a close, and instead of getting dumped like a teenager who sprouted a case acne before prom, I joined the team that the guy a cube over was a part of. No longer would I be focused on where the services industry was going to be in 5 years, I was now tasked at understanding where the world was going to be in 5 years. Economically, technologically, societal changes, power struggles, when I say the whole world, I mean just that. This role involved a lot of meetings, workshops, PowerPoint and even a bit of Lotus Notes. I didn’t enjoy it as much as my previous position to be honest, but I was still writing that newsletter once a week and that more than anything else made me happy. I still remember one issue I wrote where I discussed NFC and within 30 minutes of hitting send I had 2 very angry phone calls, one from someone who was working on NFC, the other who was in portfolio management complaining that I was telling him how to do his job. 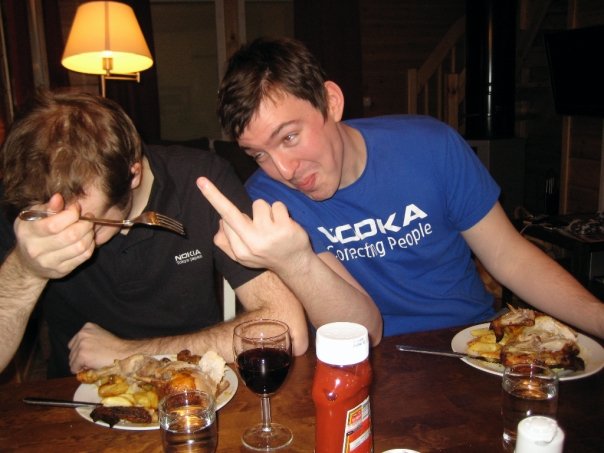 Fast forward to April 30th of this year. I was fired. My friend, Steve Litchfield from All About Symbian, pinged me on Skype one day and asked for some sample photos from the Nokia N86 that I was testing at the time. I figured the device has been announced, why not? Big mistake. After 13 months of access to detailed roadmaps, playing with prototype hardware, and being on my best behavior, I had a meeting with that same man who lectured me over a year ago before even joining Nokia, and shortly thereafter I was let go for a blog post Steve wrote.

Am I angry at Steve? Not in the slightest bit, I love All About Symbian and urge all of you to read it regularly and add it to your RSS reader.

Am I angry at myself? Nein.

Am I angry at Nokia? Not at all. Two years ago I once said that I loved Nokia and a good friend of mine who was working there told me that I can’t fall in love with a corporation. I now know what he meant by that. I loved working with my team, and the friends I made there mean more to me than the company ever did. It wasn’t necessarily the company that I fell out of love with, it was the people who made that vast corporate machine work who I’ve redirected my affection towards.

A Finnish journalist interviewed me about all this and asked me how I felt about getting let go? I told him that it was like starring in a comic tragedy. As a former blogger, if I saw a leak on Howard Forums or some shady Russian site, I posted the photos or information immediately. As a Nokia employee I had information any blogger would dream of having, yet it would be a couple of photos that I took with a device that I signed up to test, so that I could report bugs, so that the people who decided to purchase it could have a great experience, that got me kicked out. You can read his article via Google Translate if you so wish.

My contract was going to expire on the 15th of May anyway, and I knew it was not going to be extended since Nokia has been laying off people with great vengeance and furious anger. The voluntary resignation package that was offered was also one of the dumbest things the company has done since a lot of bright people, the people who know they can easily get a job somewhere else, took the money and left. I’ve since interviewed with Samsung, whose European Headquarters are in Germany, Opera, in Norway, and two research firms. I’ve also spoken to HTC and Symbian. That urge to make an impact, to change things, that obsession, was still in me until very recently.

It has died, and I can’t say it will be dead forever, but it is for the time being.

What I’m about to say may have me labeled as a heretic by my peers, but the technology we have today is good enough. All progress could stop today, and I honestly would not give a damn. Today I can call anyone in the world, at any time. I can see where I am, and where my friends are, on a map. I have a laptop that, with a new battery, can last over 6 hours; some models on the market today can last for over 9 hours. I can download any photograph, audio recording or film ever made over broadband. These technology marvels exist today and will soon be available to everyone.

The economy crashed and many people lost their jobs, many people curbed their spending, but did many people stop and realize how truly awesome things are today?

Anyway, 1800+ word rant aside, I’m back at IntoMobile. Gadgets are cool because they’re new, and with anything new you can approach it in one of two ways: fear of the unknown or curiosity of something different; I’m one hell of a curious person.

I’ll let you know what I think about the future of the Internet, Symbian, Android, Windows Mobile, the iPhone, journalism, advertising and many more things, but for now I just want to say hello to new readers and old readers alike, and apologize in advance for any poor writing that flows out of my fingers.

It has been a while since I’ve written without censoring myself, and to such a huge audience.

I need to learn how to do this again.

Virgin Mobile USA is joining the growing mobile broadband wave with introduction of its service called Broadband2Go. As it's the...