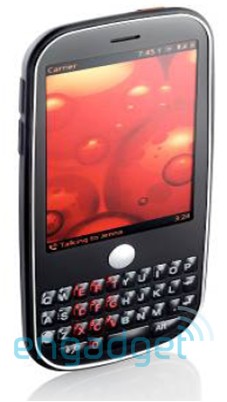 Word from manufacturing partners is that Palm is putting its Eos plans on pause while they see how the Pre launch pans out. Also code-named Pixie, Palm’s second webOS device is rumoured to rock a slate form factor with full QWERTY keyboard, more akin to their traditional devices. Don’t worry, Eos isn’t dead, after all it was found inhabiting a small corner of webOS code, and AT&T has called dibs on selling it, it might just take longer to hit the market than we had anticipated. The preliminary Pre sales numbers to date aren’t disappointing, exactly, but they aren’t what you’d call mind-blowingly stellar. Considering their issues with keeping a healthy Pre inventory, it’s probably in Palm’s best interest to take their time and figure out just how many Pixies they’ll need to order to keep people happy while not blowing all of their Pre revenues or being overstocked. Speaking of inventory, apparently Palm had ordered half a million Pre units initially, but only got 150,000 because “the device’s complicated mechanical design caused low yield rates.”