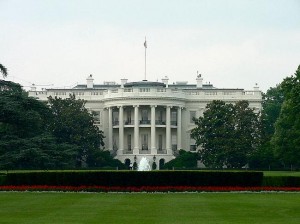 Things are slowly moving forward in the US wireless ecosystem. The White House has announced that it will back an initiative to repeal a decades-old law requiring any personal use of a business cellphone to be recorded in detail. The announcement follows another commendable move on the part of a group of US Senators that have asked the FCC to investigate the fairness of exclusivity agreements between wireless carriers and handset makers.

The 1989 law requires that any company looking to deduct its corporate mobile phone usage keep detailed records of when personal calls are being made on the business cellphone. But, according to the Obama administration, the “passage of time, advances in technology, and the nature of communication in the modern workplace have rendered this law obsolete.” We agree. A lot has changed (yes, even in the US – although it may not feel like it) in the wireless world in the past couple decades. Wireless minutes are cheap, so cheap in fact that there’s really no need to keep track of minute-by-minute usage of company handsets.

Treasury Secretary Timothy Geithner and IRS Commissioner Douglas Shulman are asking Congress “to make clear that there will be no tax consequence to employers or employees for personal use of work-related devices such as cellphones provided by employers.”

Score one for the both teams! Employees and employers are set to benefit from having the law repealed

TweetDeck for iPhone launched on AppStore

That amazing-looking iPhone Twitter application that Kevin Rose posted about earlier has just gone live on the iPhone AppStore. Almost...