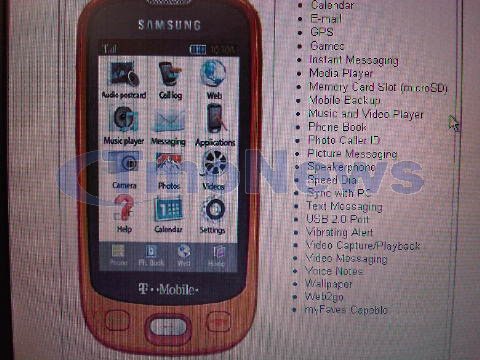 Looks like my bud David over at TMoNews has scored some new device info yet again. With the myTouch 3G and Dash 3G hitting T-Mo next month, the ‘Highlight’ will join a rapidly expanding lineup. The device looks to be the very same Samsung ‘Spark’ that was seen in the leaked Walmart roadmap a little while back. As for features, word is the feature set matches up nicely to the Behold’s however a 3.1MP camera is on board instead of a 5MP.

I’m sure we’ll be hearing more about this one shortly. Rumor is the Samsung ‘Highlight’ could hit us as soon as July 15th via T-Mobile. Stay tuned for more.

The three hottest smartphones in North America are pitted against each other by C|Net. The tests include: boot up speed...