Rapid Repair was lucky enough to attend a midnight launch party in Paris at an Orange Boutique. Instead of feasting on stinky cheeses, drinking wine, and trying to get laid, they collected their iPhone 3G S, went home, and grabbed a screw driver. I don’t judge when it comes to fetishes. 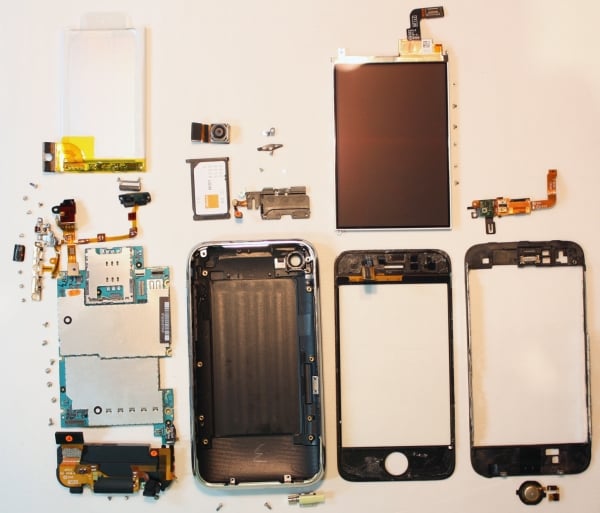 What they discovered inside has confirmed speculation floating around the internet, started by Daring Fireball, about a faster iPhone thanks to not only a speed bump, but also a new architecture. The processor in the 3G S at 600 MHz is 1.5x faster in terms of raw MHz, but it’s based on the Cortex A8 which uses the more advanced ARM v7 architecture versus the 3G model at ARM v6. All of this is meaningless information to you unless you know the intricate details of embedded processors—I don’t and reading this PDF about the Cortex A8 isn’t going to make either one of us an expert, but it’s still cool none the less. The iPhone 3G S also has twice the RAM (256 MB) compared to the previous iPhone models.

Update: Anand Lal Shimpi is the man and goes into great detail explaining the new processor.

While Will is enjoying sunny California and playing the "I'll show you mine if you show me yours" game with...