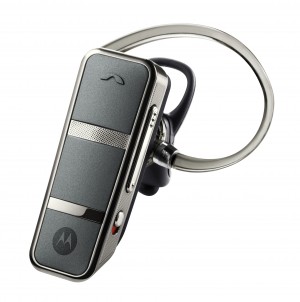 Motorola has launched the HX1 Endeavor Bluetooth headset, their first to make use of bone conducting technology. No, that doesn’t involve some magical, musically-inclined skeleton, but rather sensing the sound vibrations in your jaw as you speak to help cancel outside noise. This feature is activated by what they call “stealth mode” – just hit the button and bone conduction is a-go-go.

It’s not only headsets, like the Jawbone, that use this kind of technology – Pantech put out a bone-conducting phone awhile back, and others even tried stereo headphones for inbound audio. Motorola’s offer should do a lot to bring the idea of bone duction to the public eye, but there’s still a long ways to go before it starts becoming widespread. The initial launch for Motorola’s Endeavor HX1 will be in Asia this July. For a closer look, hit up Motorola’s minisite.