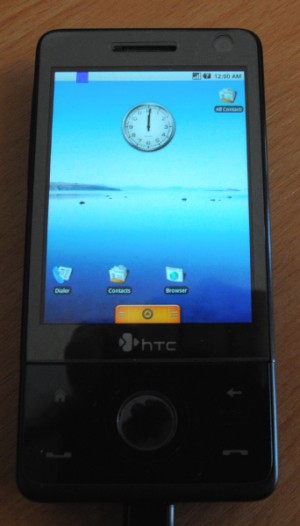 It’s not everyday you see a Windows Mobile smartphone running a Linux-based mobile operating system. But, in the crazy (crazy cool, that is) world of handset hackery, anything is possible. So, it shouldn’t be all that surprising that Android hackers have ported Android OS to the HTC Touch Diamond (Diamond) and HTC Touch Pro (Raphael). The new Android OS ROM has been posted to the HTC-Android forums for anyone willing to use their previous-gen smartphones as Android guinea pics.

To be clear, Android OS runs just fine on the Diamond and Raphael. Unfortunately, there’s still the issue of creating Linux drivers to control all the different devices in the HTC Touch Diamond and HTC Touch Pro. So, for now, Android OS can basically only surf the web and send SMS through the smartphone’s GSM connection (GPRS, EDGE, 3G). Everything else (microphone, speaker, WiFi, Bluetooth, GPS, etc.) just doesn’t work… yet.

Like we said, if you’re willing to use your precious Diamond or Pro as a test-bed for the new Android OS ROM, go ahead and download here. We’d recommend that you first read up on these threads here and here.