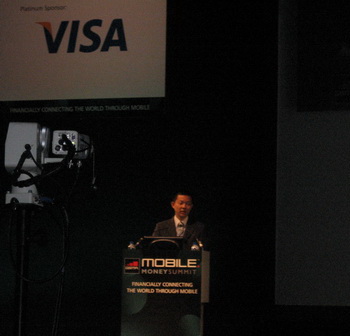 I haven’t arrived at the very beginning of the conference. It was 11:40 and I just came in to listen to Mung-Ki Woo, Vice President of Payment and Contactless at Orange/France Telecom Group.

Here’s the recap of what he said:

And that’s about all I heard there. Next comes the panel…