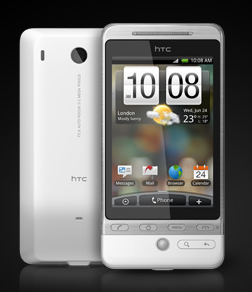 Update: Video of Adobe showing off Flash on the HTC Hero, click here. Will an updated ROM come out later this year with support for Flash 10? I hope so! 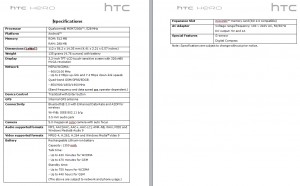 What HTC is breaking ground on, is releasing the first ever mobile phone to have a Teflon coating. Teflon, for those of you who have never cooked, is a non stick material that makes cleaning pots and pans a dream come true. Food just slides right off. I’m a bit concerned with how it will feel in the hand however, Teflon is not the nicest material to touch.

Another awesome feature, that Nokia introduced in their Eseries lineup, allows you to have a separate “work” mode and “weekend” mode setup, letting you configure when it’s time to bury your head in Excel or grind your crotch against someone’s ass in da club. The Hero has also received some inspiration from the Palm Pre and will have a similar Universal Search feature that allows you to search popular sites, and Synergy-like capabilities to see your friends’ status updates from Twitter or Facebook.

This is also the first Android device, that I’m aware of, which has Flash support for websites.

According to Engadget, who scored a hands on with HTC Hero, . Engadget just updated their post: “Horace Luke, HTC Chief Innovation Officer just clarified the over the air limitation: it’s firmware updates that can’t be downloaded over the air, applications are just fine.”

Update: Rafe Blandford from All About Symbian is at the HTC launch and is updating folks via Twitter!

Update: Rafe was nice enough to send me the contents of the USB key he received at the event via email. Press pics and full press release after the jump! 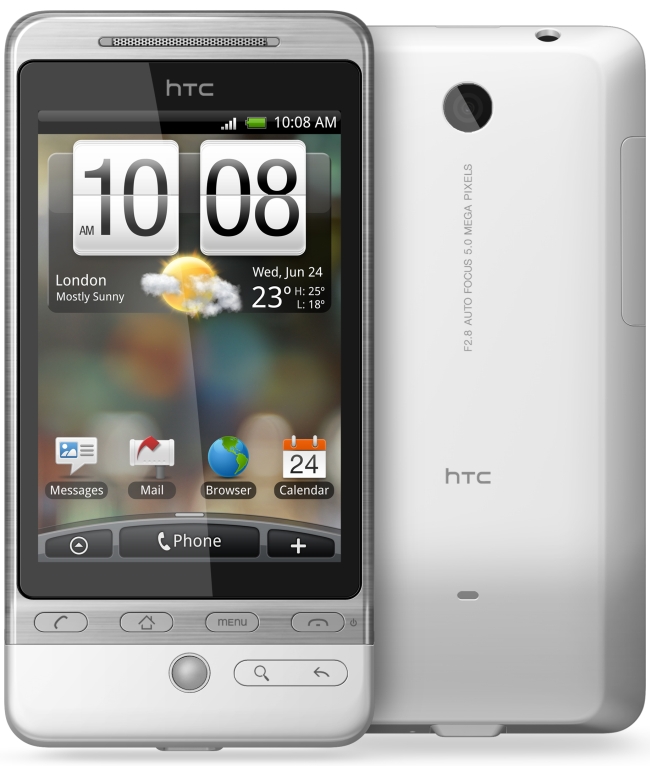 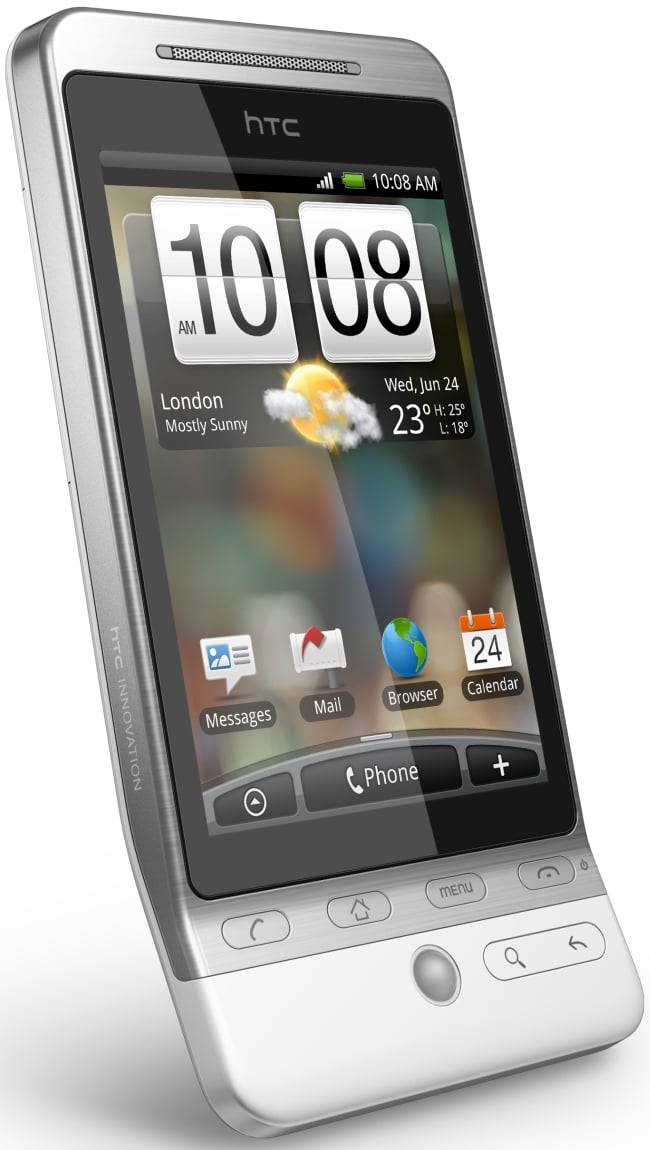 LONDON – June 24, 2009 – HTC Corporation, a global designer of mobile phones, today debuted HTC Sense™, an intuitive and seamless experience that will be introduced across a portfolio of phones beginning with the new HTC Hero™. With its distinct design and powerful capabilities fully integrated with HTC Sense, Hero introduces a unique blend of form and function that takes Android to new heights.

HTC Sense is focused on putting people at the centre, by making your phone work in a more simple and natural way. This experience revolves around three fundamental principles that were designed by quietly observing and listening to how people live and communicate.

‘HTC Hero introduces a more natural way for reaching out to people and accessing your important information, not by following the status quo of today’s phones, but by following how you communicate and live your life,’ said Peter Chou, Chief Executive Officer, HTC Corporation. ”HTC Sense is a distinct experience created to make HTC phones more simple for people to use, leaving them saying, “it just makes sense.”’

HTC Hero continues HTC’s leadership in cutting-edge design that focuses on introducing a variety of distinct devices to represent your own individuality. Boasting bevelled edges and an angled bottom, the HTC Hero is contoured to fit comfortably in your hand and against your face while you’re on a call. The HTC Hero is built to last, beginning with an anti-fingerprint screen coating for improved smudge-resistance and a longer-lasting, clearer display. The white HTC Hero includes an industry-first, Teflon coating, resulting in an improved, durable white surface that is soft to the touch.

With its 3.2-inch HVGA display, the HTC Hero is optimized for Web, multimedia and other content, while maintaining a small size and weight that fits comfortably in your hand. It also boasts a broad variety of hardware features including AGPS, digital compass, gravity-sensor, 3.5mm stereo headset jack, a five mega-pixel autofocus camera and expandable MicroSD memory. HTC Hero also includes a dedicated Search button that goes beyond basic search, providing you with a more natural, contextual search experience that enables you to search through Twitter, locate people in your contact list, find emails in your inbox or search in any other area in Hero.

Built on a culture of innovation and a passion to enhance people’s lives, HTC shapes the mobile experience around the individual. Debuting on the HTC Hero and available on all new HTC devices moving forward, Sense delivers on three basic principles: Make it Mine, Stay Close and Discover the Unexpected.

Make It Mine is about feeling your HTC phone was created for and by you. To do this, HTC encourages you to dictate and organize how you want to access the people and content in your life in a way that fits best for you. For some, this means adding glance-view widgets that push content like twitter feeds, weather and other content to the surface while others may want quick access to business-focused information like email, calendar and world-times. HTC is also introducing a new profile feature called ‘Scenes’ that enables you to create different customized content profiles around specific functions or times in your life.

Today, staying in touch with the people in your life means managing a variety of communication channels and applications ranging from phone calls, emails, texts, photos, status updates and more. HTC Sense takes a different approach by integrating these communication channels and applications into one single view, enabling you to stay closer to your important people. With HTC Sense, friends’ Facebook status updates and photos, along with their Flickr photos are included alongside their text messages, emails and call history in a single view.

Many of the most memorable moments in your life are experienced, not explained. HTC Sense is focused on providing a variety of these simple yet innovative experiences on your HTC phone that will sometimes bring you moments of joy and delight. It can be something as basic as turning the phone over to silence a ring or as simple as improving the smart dialler for making calls quicker. HTC Sense also includes ‘Perspectives’, a new way for viewing your content such as email, photos, Twitter, music and more in different ways.