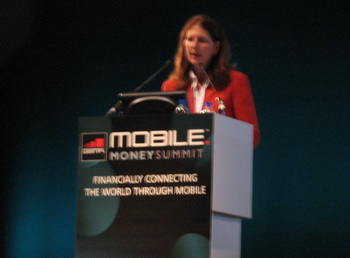 Yesterday I posted an interview with Carol Realini from Obopay. Now she’s on stage discussing mobile payments industry players and how they are in a unique position to benefit from a global approach to industry developments. She talked about financial services, wireless and service providers and how they all need to work together to build a sustainable ecosystem that will propel the industry at a global level.

The recap from her speech:

And that’s all I caught from Carol this time. I’ll be leaving Fira shortly…