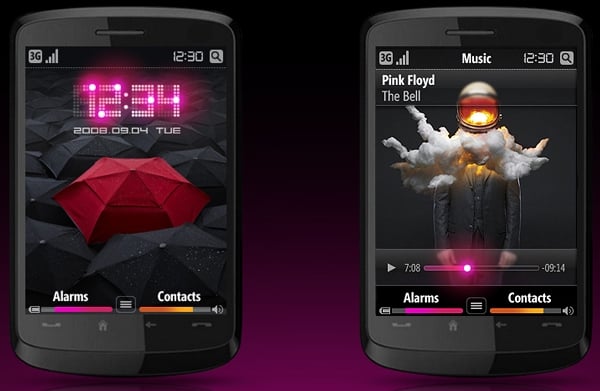 Robin Zhu, who is now the Founder and the Creative Director of RIGO Design, used to be the Visual UX Lead for Microsoft between 2004 and 2008. He plans to launch a personal site on September 9, 2009 (09.09.09) to showcase his portfolio, but Chinese site hxxland managed to get a sneak peak.

Remember the supposed leak of Windows Mobile 7 screenshots? Robin’s “concept art” looks remarkably similar. I’m of the few who think Microsoft can stage a come back, especially after looking at what they’ve done with the Zune HD. We can only hope that some sort of talent can cross pollinate between the Zune and Windows Mobile teams. Having Apple and Palm compete over the best new UI is one thing, having the big boys, Nokia and Microsoft, duke it out is another thing all together.

Vodafone UK, Samsung, and Microsoft all got a little snuggly over the new WinMo-packing C6625 recently. The C6625 runs Windows...