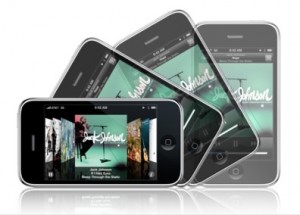 For the record, 1 in 5 mobile phones in 2009 were equipped with G-sensors, an increase from 1 out of 11 in 2008. It’s clear that accelerometers are in higher demand, and that handset makers are meeting that demand in force.

Even if most consumers are clueless as to what an accelerometer is, iSuppli says that consumers know they want to play games via tilt-control and their screens to rotate automatically from portrait to landscape mode.

At this rate, your next free-with-contract mid-range mobile phone will likely have an integrated accelerometer. Any objections?

Join IntoMobile at MobileBeat 2009 in SF!

IntoMobile is now officially part of the Silicon Valley! To celebrate our arrival in the San Francisco Bay Area, we've...