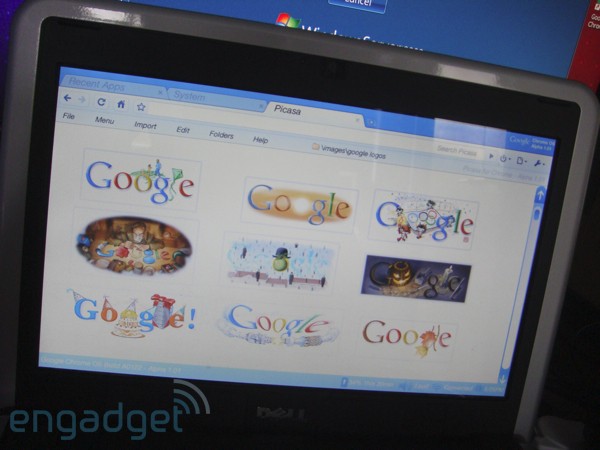 I’ve heard much mixed reaction surrounding Google’s new venture into the personal computing market with Chrome OS. Me, I’m still kind of torn on the idea. Keeping my opinions on the matter to myself (at least for now), some so-called ‘spy shots’ of Google Chrome OS running in full-force have emerged via engadget.

The tipster over at engadget also noted that most apps running via Chrome run online… with only Picasa running locally for photo and movie viewing. Also, a ‘system’ tab displays contents of SD cards and digital cameras.

Use your judgement as to whether these are real or ‘fakies’. It’s pretty easy to fake this stuff. In fact, let us know what you think in the comments.

Here's a cool little story. Adam over at CrackBerry recently picked up a shiny new Verizon BlackBerry Tour 9630. After...