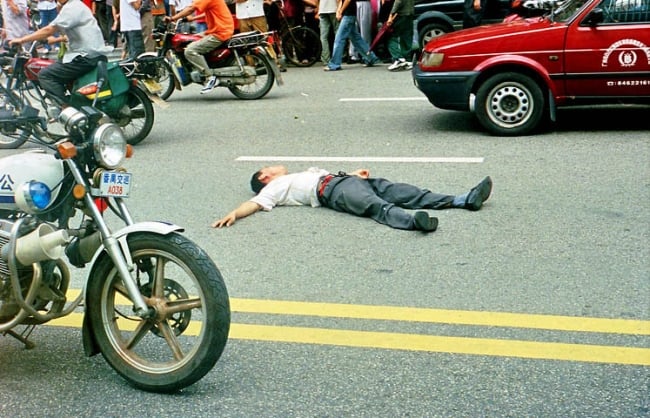 With Apple’s Q3 results coming out today at 17:00 New York time, the company is under extreme pressure to deliver some fantastic numbers in what is best described as a horrific economic situation. You think that’s pressure? What about 25 year old Sun Danyong? An employee of Foxconn in the Shenzhen part of China, he was responsible for 16 iPhone prototypes that he received on July 9th according to Venture Beat. When one went missing, his apartment was illegally searched. There is even an accusation that he was detained and physically abused. The kind of pressure he was experiencing, coming from his employer, and possibly Apple, lead him to commit suicide by jumping out his window at 03:33 in the morning last Thursday (July 16th). I’m frankly disgusted. No piece of technology is worth the price of a human life. Not even an iPhone.

Update: The picture above is not related to the story at all. I found it via Google Image Search. Here is the source.

Update: Apple has commented on this story:

“We are saddened by the tragic loss of this young employee, and we are awaiting results of the investigations into his death,” Apple spokeswoman Kristin Huguet told CNET on Tuesday. “We require our suppliers to treat all workers with dignity and respect.”

Financial Times is on the iPhone, too

Financial Times is making its famous newspaper available to the iPhone users. Founded in 1888, the company is as fresh...