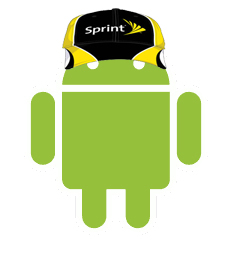 Once upon a time, Sprint’s CEO Dan Hesse said that Android wasn’t good enough for their network. Eight months later, that stance has apparently changed, as Hesse said at the Brainstorm: Tech connference “the reviews say now it’s ready for prime time … It wasn’t when it first came out.” At least one Android phone will be coming out on Sprint this year, which will be the second U.S. carrier to support the platform after T-Mobile. The big question is, which device?

Firm-ish rumours of a Samsung device running Android would be coming to Sprint and T-Mobile have been floating around (maybe the i7500?), although the slightly more far-fetched exciting possibility is a WiMAX-enabled HTC Hero. T-Mobile’s lead with the G1 is significant, and by the time Sprint gets around to pushing their device out, whatever it may be, the myTouch 3G will have already made the rounds. However, the next generation of Android devices are looking beefy, and combined with the Donut update (complete with CDMA support), Sprint’s in a good spot to compete.

Android Donut build made public, bears CDMA gifts, will be out by the end of this year

Google's open source mobile operating system, currently up to version 1.5 and code named Cupcake, is about to get a...