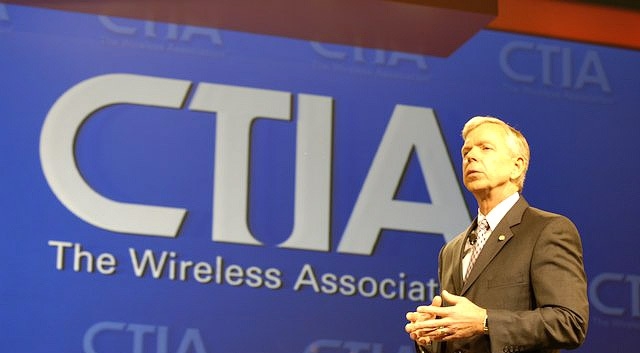 David Pogue, writer at the New York Times, published an article titled “The Irksome Cellphone Industry” that has received a lot of attention. He goes off on American operators, complaining about the cost of text messages, double billing, subsidies, calling people abroad, voice mail, and more. In today’s connected world, it must be difficult for Pogue, and others, to read how things work in Europe and Asia, and not get upset. People buy their mobiles unlocked, pay the full value, and get to use all the features that the device manufacture intended the device to have. Service is purchased separately, and is utterly fantastic, because if it isn’t then picking another operator is as simple as going to the corner store and buying a SIM card. The only time you pay is when you send a text message or call someone. Voice mail … is dead. These realities aside, Verizon Wireless CEO Lowell C. McAdam decided to send a letter to Arthur Sulzberger, Chairman and Publisher of the New York Times, defending Verizon and the American mobile industry in general. Why not directly to Pogue is beyond me. Anyway, here it is, in its entirety:

The wireless sector of the high-tech industry shines as one of the few bright spots in the nation’s economy. Competition has driven massive investment, continueous innovation by wireless companies and our many corporate and entrepreneurial partners, and lower consumers prices.

Despite this amazing American success story, a few vocal critics, including your paper, have leveled highly misleading charges at wireless companies.

The 85,000 U.S.-based employees of Verizon Wireless—an employee-base growing even today—encourage our elected and appointed officials, as well as the media, to rely on facts, not myths.

Among the 26 countries in the Organization for Economic Cooperation and Development, Americans use the most wireless minutes per month, about four times more minutes than the average European consumer. Americans get the lowest cost per minute…an average of 10 cents lower per minute than Europeans pay.

Myth #2: The Wireless sector of the technology industry is not competitive.
Fact: Former Vice President Al Gore has proclaimed U.S. wireless companies the most competitive on the globe.

More than 94 percent of Americans can choose between at least four wireless companies. Four national and hundreds of rural and regional wireless companies offer great consumer choices: pricing plans, post- and pre-pay options, and more than 600 handsets for sale…more than anywhere in the world.

According to a June, 2009 U.S. Government Accountability Office study, 84 percent of American adults are very or somewhat satisfied with their wireless service. One popular report published for consumers says there has been a “surge” in wireless customer satisfaction.

Verizon Wireless has invested $60 billion to build America’s most reliable network—important whether you are in the city or the country. And our recent merger with Alltel is an even larger investment in providing even better rural service.

Verizon Wireless stands with consumers by:
– aggressively closing down telemarketers and text spammers;
– supporting hands-free driving laws, and alone among wireless companies, supporting bans on texting and emailing while driving; and
– protecting privacy by chasing down identity theft and killing efforts to create a wireless phone directory.

Already we’re investing in the benefits of fourth generation wireless broadband networks that will give Americans access to even more information, multimedia and services, including bandwidth and speeds capable of delivering high-definition video.

But 4G is about much more than entertainment: Our new network will play a major role in improving healthcare by carrying medical records securely, mitigating climate change by facilitating mobile telecommuting, advancing energy efficiency with smart grid technologies, fostering education by providing students immense computing capability in their handheld devices, and leading the economy to new prosperity.

Wireless is, indeed, a success story…an amazing American success story that even our critics can be proud of. In global technology leadership, service delivery, contribution to the national economy, solid employment opportunities, and improving productivity, Verizon Wireless is committed to delivering great wireless services and opening the doors of opportunity for our nation.

I’m not going to bother writing a rebuttal since all you have to do is buy a plane ticket to see how sweet things are outside the borders of the red white and blue. From personal experience I can tell you that coverage on this side of the pond is fantastic, I pay less than I ever did in the states, and all my friends have multiple mobile phones stashed away in a drawer since they upgrade whenever they see something they like, rather than waiting for a contract to expire.