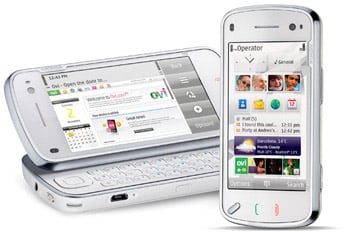 I’ve been using the Nokia N97 for more than a week now. Those who live under the rock should know it’s the Finnish giant’s flagship device for this year, but just how powerful it is – is a different story. In this first article I’ll try to emphasize its top 5 pros and cons. Let’s roll…

The cons continue after the jump…

UPDATE: Facebook app comes pre-installed on the Nokia N97, it just wasn’t there on the one I got!

That’s about all I had to say for this post. I’ll leave my final judgment for the final article. Stay tuned in the meantime…

LG has unveiled a new clamshell for domestic Korean market called LV7500 aka Whistle. It's a simple CDMA-based feature phone,...