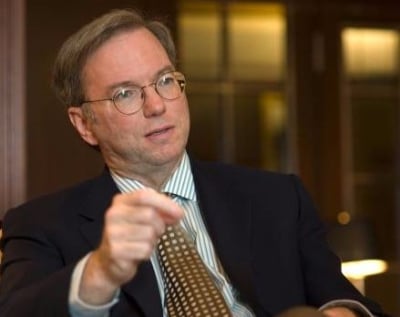 CUPERTINO, California, August 3, 2009: Apple today announced that Dr. Eric Schmidt, chief executive officer of Google, is resigning from Apple’s Board of Directors, a position he has held since August 2006.

“Eric has been an excellent Board member for Apple, investing his valuable time, talent, passion and wisdom to help make Apple successful,” said Steve Jobs, Apple’s CEO. “Unfortunately, as Google enters more of Apple’s core businesses, with Android and now Chrome OS, Eric’s effectiveness as an Apple Board member will be significantly diminished, since he will have to recuse himself from even larger portions of our meetings due to potential conflicts of interest. Therefore, we have mutually decided that now is the right time for Eric to resign his position on Apple’s Board.”

I can’t really say I’m surprised, are you? Steve Jobs basically said: “Yo Eric, we can’t have you chilling with us in the board room, smoking cigars and shit, while we talk about how we’re going to dominate the market. It was cool when you made the internet a better place, and then when you tried to digg into Microsoft’s share of the productivity software market, but now you want to make a mobile phone and desktop OS. The exit is behind the replica statue of Michelangelo’s David, but with my head on the body. Now get the fuck out before I go search for my shotgun and hit I’m feeling lucky. Punk.”

I’m pretty sure that’s how it went down.