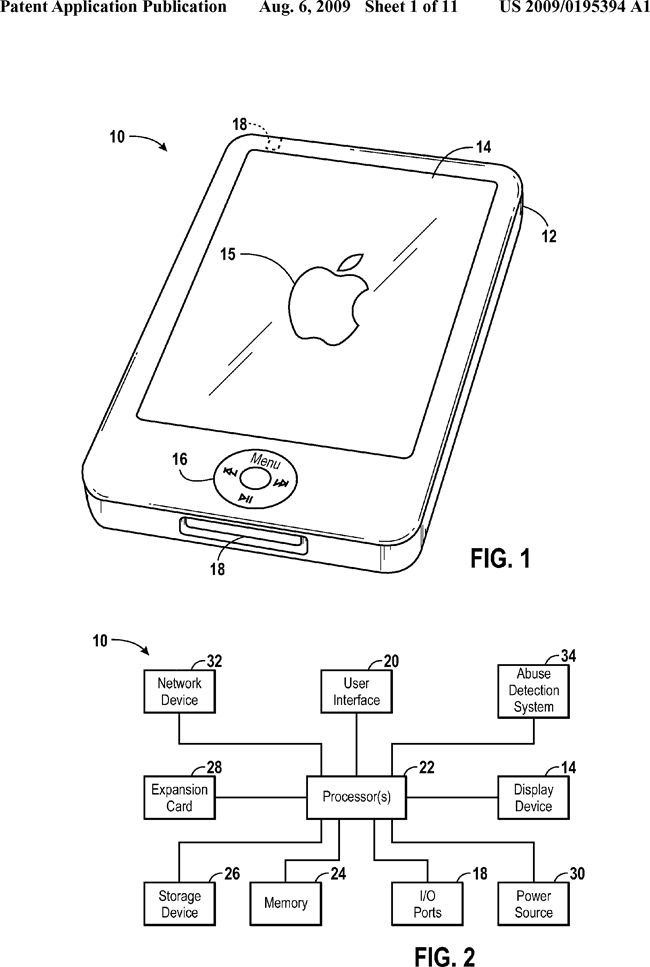 Everyone hates a tattle-tale. We’ve been taught to hate them since kindergarten. Leave it to Apple to patent a technology that might one day have your iPhone selling you out to your local Apple store. A newly discovered patent application from Apple outlines a technology that would register “abuse events” and keep a record of those events in permanent memory. The idea is to help customer service representatives determine if a device, like an iPhone, was ever exposed to warranty-voiding conditions – like cold, heat, moisture and shock.

The patent would have future Apple products fitted with shock, thermal, liquid and continuity sensors that keep would help determine if a particular device was every dropped, exposed to extreme temperatures, submerged in liquid or otherwise tampered with. Apple already uses liquid submersion indicators (LSIs) in their iPhones. It’s not hard to imagine Apple moving to a more convenient (for Apple, anyway) system for identifying warranty-voiding conditions. According to the patent, “The system may include an interface by which a diagnostic device may access the memory to analyze the records and determine whether a consumer abuse event occurred, when the event occurred, and, in some embodiments, what type of abuse event occurred.”

We have no idea if Apple will ever put this technology into production, but our hopes are on this tech never seeing the light of day. It’s one thing to “help” customer service reps diagnose “abused” handsets, but we’re uncomfortable with a device that tracks environmental conditions that may not even hurt the device. Just imagine going in for a defective headphone jack and being refused warranty service because you might have left your iPhone in the car on your last snowboarding trip. Lame.