America’s capital, Washingston D.C., has an underground metro that helps interns and political aids alike travel upon their daily commute to help their bosses figure out how much money should be spent on education, warfare, and an 8 ball of cocaine. Like many underground metros, which I’ll refer to as subways from now on having grown up in New York, there is no mobile phone reception. The Helsinki subway has signal, subways in Asian countries have signal, why doesn’t the NYC, Washington D.C., London, or L.A. subways have signal is beyond me. Starting this October however, America’s top 4 wireless operators, Verizon Wireless, Sprint Nextel, AT&T and T-Mobile, are going to roll out wireless service at the following 20 stops in D.C.: 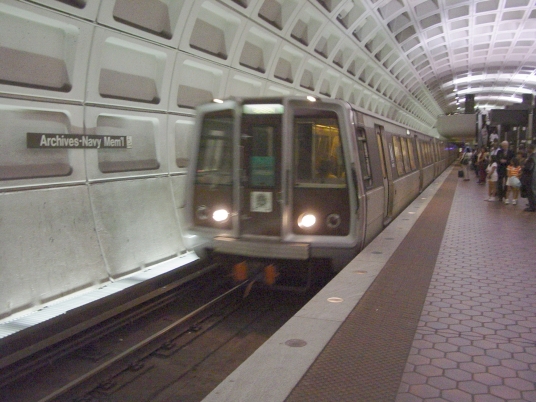 “This is the first phase of Metro’s effort to bring expanded cell phone carrier service to the entire Metrorail system by 2012. After we complete the first 20 stations this fall, the carriers will install service at the remaining 27 underground stations by the fall of 2010. Customers will be able to use these carrier-provided wireless services in tunnels between stations by October 2012.” – Suzanne Peck – Metro’s Chief Information Officer

If you’re a terrorist working on bombs that go off when you send an SMS, you now have 20 more locations to hide your explosives, and another 20 going online next year. Oh joy! In all seriousness though, if you’re going to attempt to score 70 virgins then you may as well do the old fashioned thing and strap a bomb to your chest. Be careful however, someone with a mobile phone with QiK installed will be able to capture you screaming “Allah Akbar!” moments before some secret agent tackles you to the ground.

AT&T's Vermont sales team is embarking upon a mobile retail tour designed to "better assist customers in areas where AT&T...