Between AT&T and Verizon Wireless, they own 60% of the American wireless market. Add T-Mobile and Sprint into the mix and you hit 90%. What policies let that happen and are their pricing structures set up to best serve consumers, while at the same time encourage competition? These are the questions the FCC is going to be asking America’s top two operators, in an investigation lead by FCC Chairman Julius Genachowski, the same man who is poking around and seeing what Apple is up to with AT&T and Google Voice. Depending on what Genachowski achieves during his term as FCC Chairman, he is probably the most awesome guy many wireless geeks will never know about. Now I know a lot of you are against government intervention, but you have to admit, the USA should be at the forefront of many things such as healthcare, broadband penetration, and low cost mobile voice, sms and data, yet today it isn’t. If it takes a little pushing and shoving from the government to fix those problems, then so be it. 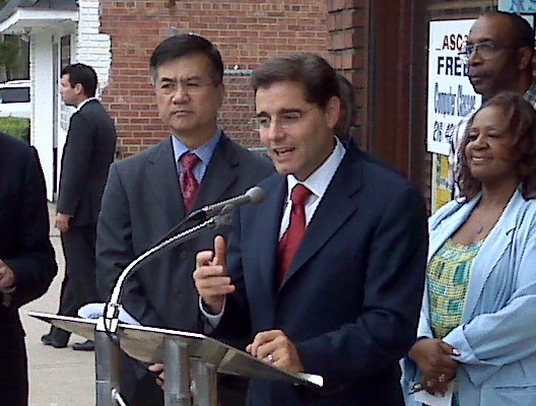 Surprisingly, both AT&T and Verizon are taking news of this investigation quite well. Jeffrey Nelson, Verizon Wireless spokesman, is saying that the operator is “very much looking forward to beginning the dialogue” with the government about their services and pricing structures. “We like the fact that this new FCC and the new chairman seem to be very data-driven” said Michael Balmoris, a representative for AT&T.

I hope Genachowski read the report from the OECD about voice and sms pricing around the world, because those numbers are enough to make any American furious.

The Escapade clamshell, which we first saw back in July, is now officially available from Verizon Wireless. The low-to-mid range...