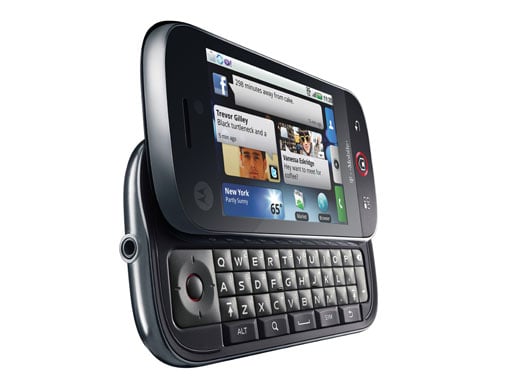 Motorola’s co-CEO of mobile devices, Dr. Sanjay Jha, took the stage at Mobilize 2009 to unveil Motorola’s first Android device. After some talk about the need to mobilize the internet, Motorola unveiled the previously leaked Motorola Morrison as the all-new Motorola CLIQ. And, because custom homescreen UIs are what’s hot right now, Motorola skinned the Click’s homescreen with the custom MOTOBLUR UI (Moto loves caps). From the limited demonstrations shown on the keynote stage, the MOTOBLUR UI looks as finger-friendly as the iPhone’s and as flexible as the Hero‘s. MOTOBLUR also aggregates all your social networks, making it easy to keep yourself plugged-in.

The Motorola CLIQ will see first light in the US. In fact, T-Mobile’s Chief Technology and Innovation Officer, Cole Brodman, was on hand to let us know that Motorola’s Click would make its global debut on T-Mobile USA’s network. He also said that outside the US, the Click will be known as the Motorola DEXT (again with the caps). 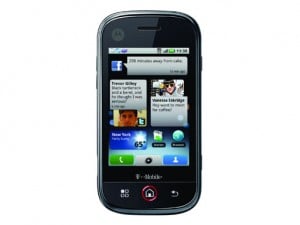 The Motorola CLIQ/DEXT features a generous 320 x 480 touchscreen that we presume is capacitance-based, 3G data connectivity, WiFi, GPS (with digital compass), 3.5mm headphone jack, and a 5.0-megapixel camera (with auto-focus) – all powered by Android OS 1.5. And, with a slide-out QWERTY keyboard, the Moto CLIQ makes messaging a breeze.

As far as the UI is concerned, MOTOBLUR looks like it does a fantastic job of making the Android OS even more user-friendly than it already is. With social network integration, MOTOBLUR gives the user complete control of how and when they connect to their multiple networks. The keynote demonstration showed off all kinds of finger flicks, sliding panes and a generally intuitive interface.

Motorola CLIQ and MOTOBLUR announcement from IntoMobile on Vimeo.

Stay tuned for more from Mobilize09!

Nokia 5230 without AT&T 3G gets an FCC approval

Nokia's low-end 5230 touchscreen smartphone has been spotted while getting the so much needed FCC approval. The problem, however, is...