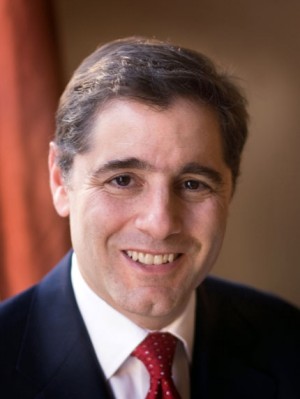 It seems FCC Chairman Julius Genachowski’s push to bring the Net Neutrality hammer down on wireless networks has spurred a response from industry leaders. Following on Genachowski’s move to add new regulations that could prevent wireless operators from blocking or banning many types of data-intensive applications from using their network, the mobile industry has responded. And the response isn’t all that positive.

AT&T is the most vocal opponent to the FCC’s new Net Neutrality initiative. The FCC’s proposed rules would ensure that broadband providers don’t discriminate against certain types of internet services or data, as well as requiring telecoms to be transparent in their data traffic-management policies. For AT&T, that could mean they would have to open their wireless network to all sorts of data-intensive services, like SlingPlayer for iPhone and VoIP services – and Big Blue isn’t happy about that.

AT&T went so far as to point out that they paid a premium for a slice of the 700Mhz frequency spectrum that wasn’t saddled with open-access stipulations last year. Verizon Wireless, on the other hand, managed to snatch up the open-access portion of the spectrum at a relative bargain. To levy open-access stipulations on AT&T’s premium spectrum might give the impression that the FCC pulled a “‘bait and switch,’ and could raise questions about the fairness and integrity of the auction process itself.”

On the other hand, carriers have yet to utilize their 700Mhz spectrum holdings, and AT&T is even transitioning its 3G service from the 1900Mhz band to the 850Mhz band. That leaves a good bit of spectrum available to help with the strain. And, with 4G LTE networks coming online in the near future, it’s possible that wireless carriers will be see less strain from heavy data traffic.

While we’d love to see sweeping Net Neutrality regulations being applied to wireless networks, it’s hard to overlook the obstacles standing in wireless carriers’ way. The ball’s in the FCC’s court at this point.