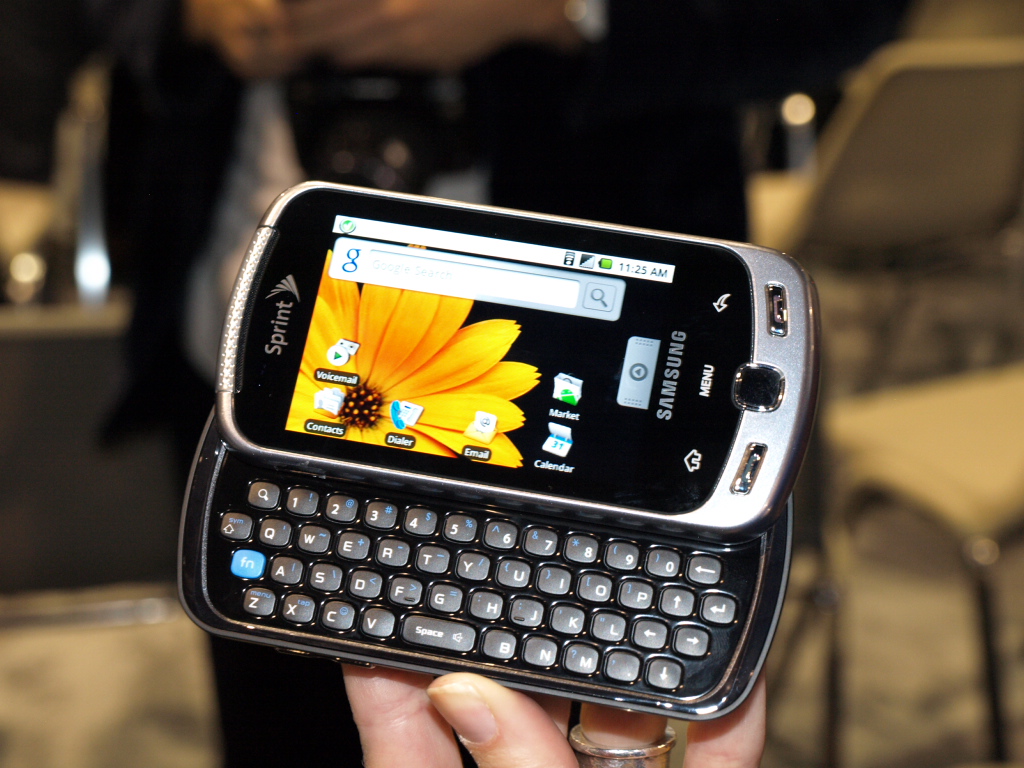 Samsung has officially gone Android. Today, at the CTIA WITE 2009 conference in beautiful San Diego, Samsung unveiled the Samsung Moment as their first Android phone to hit market. The Moment features a 3.2-inch AMOLED capacitive touchscreen, 3.2-megapixel camera (with autofocus and LED flash), slide-out QWERTY keyboard, GPS, WiFi and an optical mouse. There’s also a speedy 800Mhz processor lying within, ready to crunch numbers like it’s nobody’s business. The Moment will be only the third Android phone to sport a physical keyboard when it launches, putting in league with the HTC G1 and the Motorola CLIQ. Talk about being in good company. But, the real question is how does the Samsung Moment measure up?

We had a chance to put hands on the Samsung Moment, and it holds its own against the CLIQ. The keyboard slides out with smooth confidence. The camera is decent, especially considering it only packs a little over 3 million pixels onto its image sensor. The keyboard keys are a little small for our tastes, but provides reassuring tactile feedback.

Samsung will be bringing the Samsung Moment to Sprint on November 1st for $179.99 (after $50 instant savings and $100 MIR) when purchased with new 2-year contract. Check out the video and photo gallery below for a preview look at the Samsung Moment.

Hands-on with the Samsung Moment from IntoMobile on Vimeo.

“MocoSpace offers unique inventory for our advertisers in both the APAC region and Europe,” said Anne Frisbie, Head of North...