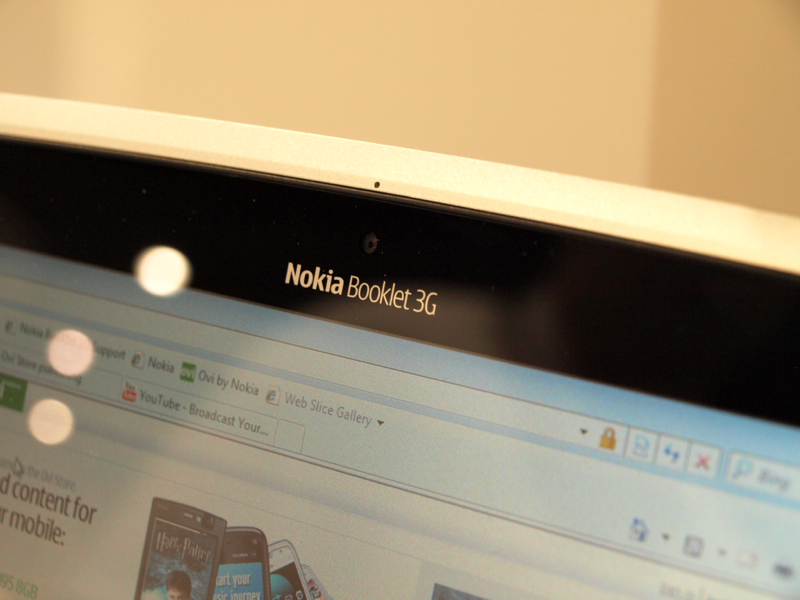 There’s no doubt that the fall CTIA (also known as CTIA WITE) is a smaller shin-dig than the spring CTIA conference. That much was evident in Nokia’s smallish booth in the San Diego Convention Center. We’re used to seeing Nokia’s massive booths bursting with cool hardware and enthusiastic people, so it was a bit disappointing that we didn’t find piles of new hardware at the booth. It just wasn’t the same this time around.

The highlight of Nokia’s booth was the Nokia Booklet 3G. It’s an insanely expensive ultra-light laptop (we call it a netbook, but Nokia apparently isn’t down with that) boasting an air-cooled (no fans) Atom processor that can go for 12 hours one a single charge. The entire bottom case of the Booklet 3G is crafted from a single piece of aluminum – like the MacBook and MacBook Pro from Apple.

It’s small, it’s light and it’s incredibly sexy. Is it worth the money? We say no. But if we somehow come into a boatload of money, the Nokia Booklet 3G will be at the top of our gotta-have list!