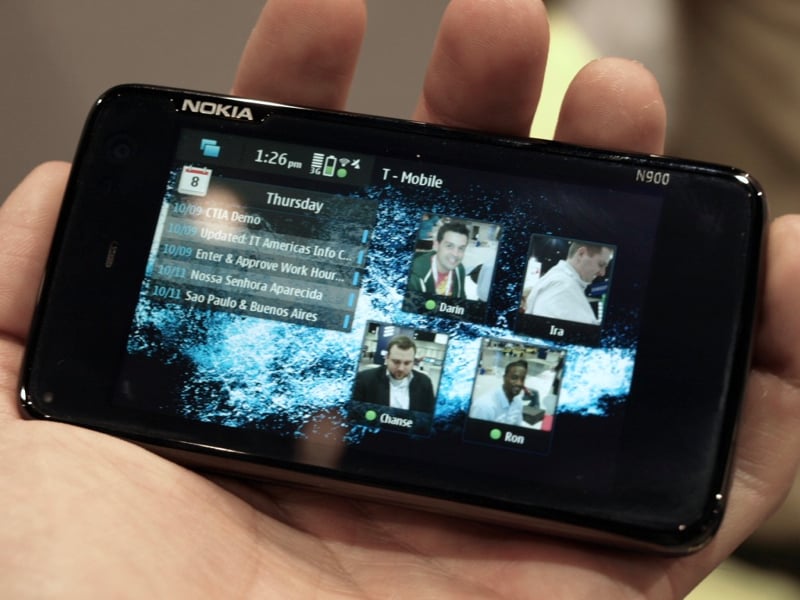 CTIA Fall 2009 isn’t the biggest show we’ve ever been to. In fact, this particular conference might be the smallest CTIA we’ve ever attended. But, that doesn’t mean there’s a lack of cool hardware to ogle on the showfloor. Take the Nokia N900 for example. It’s Nokia’s latest Nseries smartphone, and the first of the Nseries lineup to run a non-Symbian OS. Nokia tapped its Maemo development team to craft a version of the Linux-based operating system for the new Nokia N900 smartphone, and we have to say it’s light-years better than S60. Say what you want about Symbian, just don’t say it’s “good.”

Anyway, enough ranting about Symbian. The Nokia N900 is a true multi-tasking powerhouse. The N900 is powered by the same 600Mhz ARM Cortex A8 processor that you’ll find crunching numbers inside the iPhone 3GS. Nokia uses that awesome processor to bring serious multi-tasking to the Nokia N900. Take a look at the video below and you’ll see that the N900 we were playing with was running no less than six apps at the same time – no saved-state nonsense, this was legitimate multi-tasking. One of the apps (a game) even displayed an animated thumbnail showing the game in action while running in the background.

The UI is smooth and lag-free. Flick your finger on the touchscreen and you’ll be treated to a bit of kinetic scrolling. Maemo 5 supports widgets too, which means you can fill your three homescreen panes with all sorts of little info-windows that pull social-network information in real-time. And, as an added bonus, Maemo 5 runs a Mozilla-based web browser that boasts full Flash 9.2 support. This isn’t the crappy Flash Lite that some folks have been saying is a good alternative to real Flash support (even though it really isn’t). This is real Flash, running real fast and real smoothly.

Hands-on the Nokia N900 from IntoMobile.

[Update]
Touchscreen is resistive, not capacitive