The iPhone has been good to AT&T, and the most recent quarter shows why. AT&T today posted their Q3 2009 financial results, announcing that they activated a record 3.2 million new iPhones in that quarter alone. The announcement follows on Apple’s own financial results that had the iPhone maker selling more iPhone this past quarter than ever before. What’s more, AT&T says that 40% of their  subscribers came to the carrier for the iPhone.

Apple’s iPhone has been really (really) good to AT&T.

Now chew on this. AT&T added 4.3 million devices to their post-paid network. The iPhone accounted for 3.2 million of those new devices – the iPhone comprised more than 74% of AT&T’s new device additions. AT&T must love the iPhone.

AT&T also highlighted its ongoing 3G network improvements. AT&T is expanding its 3G network with about 4,400 new 3G sites rolling out over 370 markets by year’s end. And, the carrier’s push to migrate 3G services to the 850Mhz spectrum is more than 90% complete and should be finalized by the end of 2009. 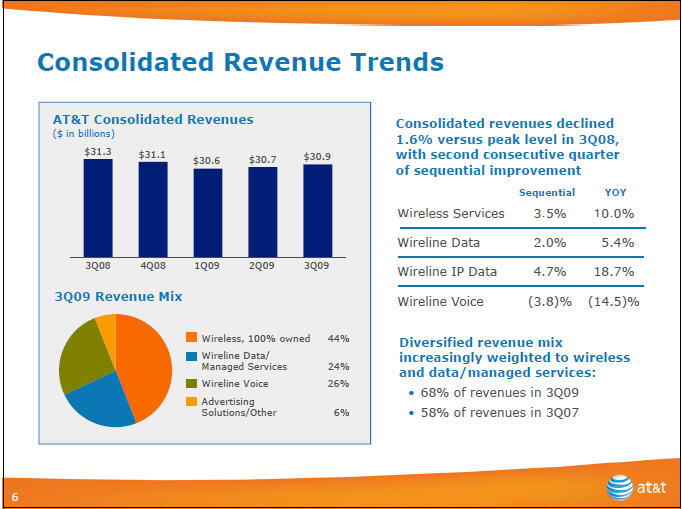 But, regardless of how much the iPhone may have helped boost AT&T’s bottom line, there’s no denying that the carrier’s 10% wireless revenue growth is impressive. AT&T made $12.4 billion, with $10.3 billion in costs. That’s a lot of cash.

It should be interesting to see how the end AT&T’s iPhone exclusivity affects future quarterly results.

As expected, the FCC today posted their proposed draft rules for net neutrality regulations that would apply to wired and...