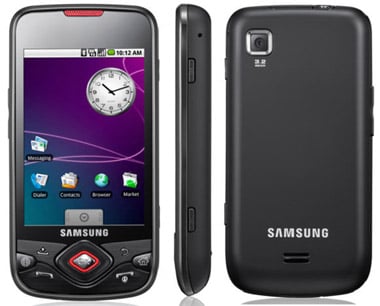 Samsung has officially pulled the plug and announced the Samsung i5700 Galaxy aka Spica. The Android-powered smartphone which we’ve recently seen approved by the FCC, is still not available for purchase, but we know it will start hitting phone stores across Russia in November. The price is set at 14,000 rubles, which is about 320 EUR.

One thing I didn’t know about the Spica is that it will come with a 800 MHz CPU, which should be enough to ensure smooth experience. Rest of the specs include 128MB of RAM, 3.2-inch touchscreen, 3.2-megapixel camera, 1500 mAh battery, GPS, compass, and a microSD memory card slot.

Remember the arguably stylish Sony Ericsson Jalou? One of the device versions was co-signed by Dolce&Gabbana and that specific device...