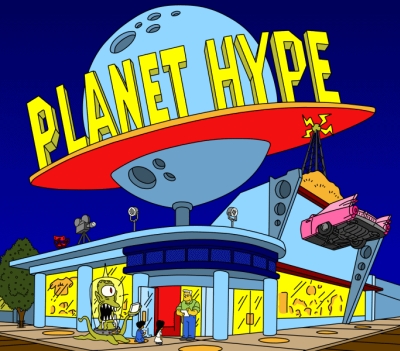 Read this Tech Crunch piece in its entirety.

I walked up the Verizon store no later than 6:20 AM, forty minutes before the 7:00 AM opening time (three hours earlier than usual in light of the big day). But no sooner had I arrived than I began to question my still-groggy mental state. The Verizon sign was directly above my head. There were five or six employees buzzing around the well-lit store, two of whom were decked out in bizarre Droid-branded outfits, complete with black leather vests. But the street could not have been more empty.

The door cracked open. One of the employees, perhaps concerned by my confused expression or excited that someone had actually shown up, had come to talk to me.

A few minutes later I was joined by two new Droid fans. Unfortunately, my excitement over my new friends was rather shortlived — the newcomers turned down my offer of free TechCrunch T-shirts, and informed me that they weren’t actually waiting in line, but had come to witness it for themselves too. As it turned out, they were members of the Android team, who were also apparently let down by the sad turn out.

Update: Some further clarification as to why I posted the above snippet from Tech Crunch. Remember the Palm Pre? Remember how everyone fell in love with it in January, and we all eagerly waited for it to come out? First in the USA on Sprint, then in Germany and the UK on O2. Look where the Palm Pre is now in November. Hell, look where Palm is right now. The amount of attention the Palm Pre received was outstanding, yet how many Palm Pres do you see out in the wild?

There is no doubt that the Droid is an awesome device. Everyone who has reviewed one has said that it’s the best version of Android to date. The camera sucks, but the polished UI, and let us not forget Google Maps Navigation, are compelling enough reasons to say that the Droid is better than the iPhone. But what actually happened? All the press, from hyper enthusiast gadget sites like us, Engadget and Gizmodo, to main stream coverage from places such as The Wall Street Journal and The New York Times, all amounted to nothing.

No big lines, no big parade, nada, zip. Think we’re going to be talking about the Droid in 6 months? No. We’ll be up to our eye balls in Android 2.0 devices, and in 6 months we may even see a new, better, more hyped up version of Android from either HTC or Motorola.

The reason I posted the snippet above was to point out, and make fun of, people who said the Droid was going to change the status quo. Android is still not awesome enough to be accepted by the masses, but it’s getting there.

Update 2: One more thing, how long do you think it will take for Motorola, or Verizon, to issue a press release saying 1 million units have been sold? How many do you think will be sold over the weekend?

Update 3 (Monday morning): Looks like TechCrunch changed their mind, apparently the Droid is selling well. The CTO at Pandora said downloads for his application tripled.