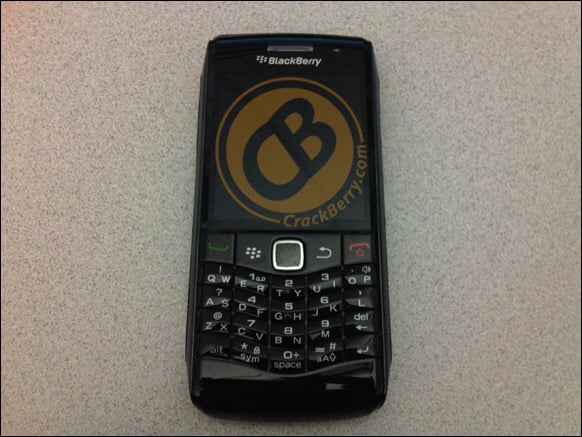 There have been rumblings for the last couple of months about a next generation BlackBerry Pearl code-named Striker, but in the way of details, we only knew it would have 3G. Well, today the veil has been lifted, and there’s a batch of pictures and a short clip giving us a full hardware tour. In terms of styling, there’s a lot borrowed from the latest BlackBerrys, like the Storm2-style battery door and chrome-finished siding, and the optical trackpad and sharp beveled edge of the Bold 9700, but anyone who used the original 8100 series phones will recognize the similarities immediately. The SureType keys have changed little, except for maybe a little extra rounding, but notably absent is any influence from the Pearl Flip, which featured a completely flush keypad with frets between the rows. Maybe RIM would just like to forget that one, and go with what works, eh? Hardware aside, OS 5.0 is purring like a kitten on there, and Wi-Fi and 3G are both confirmed. Since the home screen is asking for a SIM card, we can only say it’ll be coming to GSM carriers for now. I’m curious what kind of screen resolution it’s packing, but it’s expected to be in the same ballpark as the Bold (HVGA). More specifics are likely on the way, so stick around!

Hit the jump for a quick hands-on video!