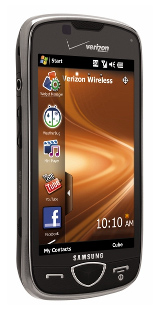 Good news for those who have been following the rumors about the Samsung Omnia II i920: Verizon has set a pricetag and release date! Samsung’s TouchWiz user interface built on top of Windows Mobile 6.5, a 3.7-inch WVGA AMOLED touchscreen, 5 megapixel camera with auto-focus and dual-LED flash, GPS, and Wi-Fi all round out the Omnia II. Initially, we thought it would be launching with Windows Mobile 6.1, but it’s possible that originally-planned release dates were pushed back to include 6.5. You can expect to pay $199.99 on contract after mail-in rebates to pick up the i920 from Verizon stores on December 2.

What Does Apple Have Up Their Sleeves for ‘Black Friday’?