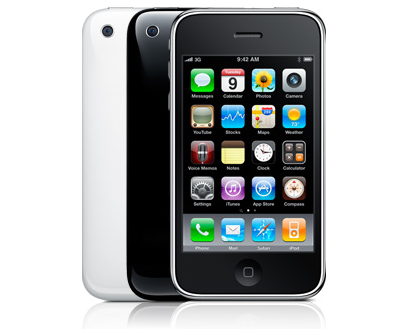 In a bit of interesting iPhone news via MacRumors, word has come out that a new iPhone has shown up in usage records… pointing to the fact that the next generation iPhone is indeed out in the wild for testing.

The iPhone App Developers over at Pandav noticed an identifier for an unreleased version of the iPhone in an analytics report provided to them by Pinch Media. With the latest and greatest iPhone (the 3GS) tagged as ‘iPhone 1,2’, a mystery phone showing up as ‘iPhone 3,1’ showed up in said records… thus, starting the rumor and speculation.

Could this mean an early 2010 next-gen iPhone launch? Heck no…It’s way too early to say, and there’s not enough evidence to say so. In the past we’ve noticed similar reports roughly 8 months prior to an actual launch. If I was a betting man I’d have to put money on a summer 2010 launch for anything new on the iPhone front. Sure would be awesome to get your hands on a new iPhone in early 2010 though, wouldn’t it? 🙂

Whatever you happen to believe… the next-gen iPhone appears to be out there in the wild. First one to capture a legit ‘Mr. Blurrycam’ will get a high-five from me. Oh, yeah!

Procter & Gamble is extending its marketing to the iPhone platform. The company has launched the free "Tide Stain Brain"...