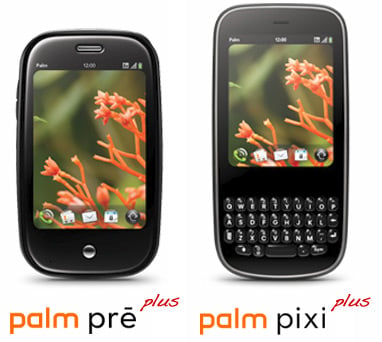 Yesterday I touched on the rumored ‘Palm Pre Plus‘ which was spotted in the WiFi Certification Database. Rumors have been making the rounds about said device for some time now, due to launch on Verizon in the new year. Well, this morning as I sit here doing my normal rounds, I came across some quick and juicy details. The good folks at BGR have it on good authority (in fact, they’ve listed this info as ‘100% confirmed’) that Verizon Wireless will indeed carry the Palm Pre AND Pixi in the new year. The devices will be named the ‘Palm Pre Plus’ and ‘Palm Pixi Plus’, as expected. Both will launch with the most recent build of webOS, 1.3.5. The only potential downer? Hardware specs look to be identical.

Whether this turns out to be the real deal or not, I bet there are many Verizon customers smiling about this one. Stay tuned for more on this one, more details will surely leak in short order… They always do.